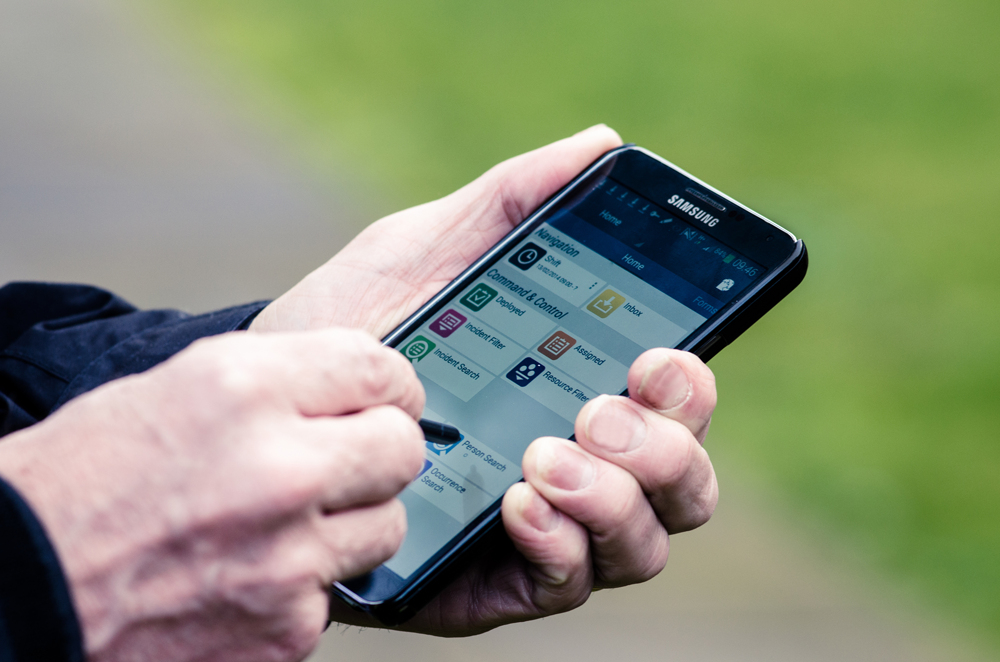 A revolution in mobile technology, led by Staffordshire’s Police and Crime Commissioner Matthew Ellis, will get police out in their communities and more available to local people than ever before.

All frontline police officers, PCSOs and Specials across Staffordshire are getting new smartphone and tablet devices loaded with Airwave’s suite of applications called Pronto to give them the information and tools they need at their finger-tips. This will keep police on the beat and avoid them having to return to police stations to complete paperwork, submit reports or statements, and access files.

"When fully bedded in, this technology will help free up an extra 250,000 hours of police time to be out on the beat a year which is the equivalent of an extra 100 officers on duty."

Over 1,400 officers and PCSOs are already using the devices following a decision by the PCC to accelerate the roll-out, which started in April, due to very positive feedback. Early indications are that over the next 12 months officers will begin to save significant amounts of time and be more visible in communities.

Officers are able to perform far more activities away from police buildings through a range of apps which are tailored to their role. The roll-out is set to be completed by December – three months earlier than originally planned.

Matthew Ellis said: “It’s early days but the feedback I’ve had from officers has been overwhelmingly positive. They’re amazed at how good the technology is and the potential it has to free them up to be out of police stations and on the streets.

“Over the next 12 months, police visibility will rise because of these new devices. That’s why we’ve brought the roll-out forward – police really want this technology so they can do an even better job in their communities.

“When fully bedded in, this technology will help free up an extra 250,000 hours of police time to be out on the beat a year which is the equivalent of an extra 100 officers on duty.

“It is pioneering work that puts Staffordshire ahead of the majority of forces in the country, but more importantly we are taking a significant step to delivering the kind of policing local people tell me they want and need. 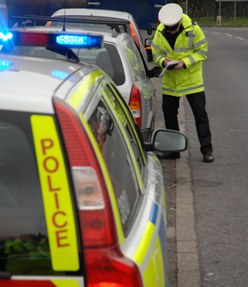 “Staffordshire has some of the best police officers in the country, and I want to be sure they have the right tools for the job. Officers have been spending too much time entering the same information many times on different computer systems - and we’re going to consign that approach to history. Entering the information once, cutting bureaucracy, saving more time and capturing and using digital evidence on the streets and beyond is what this is about.

“This is part of wider investment in technology that will dramatically improve Staffordshire Police’s intelligence capability and make it the most efficient, agile and effective police force in the country. It’s not about how much money is spent, but how well it is spent.”

Over 4,700 electronic witness statements have already been taken – replacing the bureaucratic paper-based system. Other success stories include an officer carrying out a vehicle check and issuing a fixed penalty notice in three minutes when it would previously have taken 30 and a detective who was able to send live video from an arson investigation scene to get a second opinion from his supervisor. In the next few weeks, officers will be able to assigned with and complete crime tasks - including victims’ contracts which agree the way victims are kept updated following a crime – electronically while out and about.

Chief Constable Jane Sawyers said: "I can't stress how significant the mobile data project is for Staffordshire Police. This is only the start, but the ability to free our officers and staff from completing paperwork in police stations means that they can spend more time in our communities keeping people safe and reassured.

"At present seven key police tasks, including mobile witness statements, missing persons and stop and search, have been developed. With a tablet or smart phone and miniature printer, our officers can carry out, securely, the most important tasks wherever they are. And over the next year we will be adding significantly to the number of processes we develop, enabling our officers to spend more time on the beat. It's an exciting time: for the police, and for the communities we serve."

Each device has access to seven key processes such as taking electronic witness statements, stop and search forms, missing people reports and crime scene management. It will also allow officers to share information – such as domestic abuse risk assessments – directly with other agencies at the touch of a button. At least 30 processes are on their way, meaning officers can spend more time doing the job and less on red tape.

Compiled and distributed by Office of the Police and Crime Commissioner, Staffordshire.